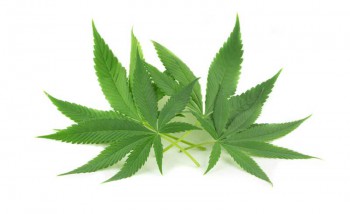 The Cannabis plant also known as Hemp or Marijuana date back at least 10,000 years. The plants cultivation spread from its probable origin in China or Central Asia to almost every country in the world. Historically, Cannabis was prized as a source of fiber and oil, for its editable seeds and medicinal properties, producing materials such as:

Archaeologists have found traces of hemp fibers in various objects dating back as far as 4000 B.C. Moreover, the Chinese Emperor Shen-Nung , in 2737 B.C., studied and experimented with Cannabis as a medicine and recorded his studies reporting that, “Cannabis is not only a medication but also a substance with stupefying and hallucinogenic properties.”

Over the centuries Cannabis has been recommend for ailments such as:

The Scythians living around 500 BC threw Cannabis on hot stones placed in small tents and inhaled the vapors. Then, in India, the psychoactive properties of the plant established it as one of the five sacred plants giving long life, visions and freedom from distress. Later in 200 A.D., Cannabis was recommended as a painkiller for surgery. 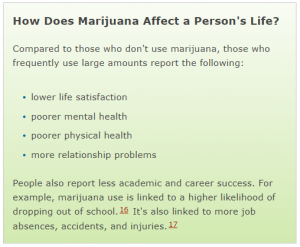 Cannabis sativa grows in tropical, subtropical and temperate regions. A typical plant will produce 1-5 lbs of buds and smokable leaves containing high concentrations of the psychedelic resin “THC” the major active chemical in Marijuana causing mind-altering effects. Cannabis indica is a shorter plant and generally used for it’s fiber and most of the world’s hashish. Cannabis ruderalis is a small thin plant that has few psychoactive components.

The term “Marijuana” is the Mexican word for Cannabis and describes the mixture of dried, shredded leaves, stems, seeds and flowers from the psychoactive species Cannabis Sativa. Whereas “Hemp” is the term generally used to describe the species high in fiber content. And “Hashish” is the sticky resin pressed into cakes.

Marijuana has many street names:

The effects of marijuana can act as a stimulant as well as a depressantdepending on the variety and amount of chemical absorbed into the brain as well as where and when it is used and the personality of the user. Therefore, the effects can be unpredictable.

Some Effects of Marijuana:

Signs of marijuana usage include:

Long term effects of marijuana use: