Opiate withdrawal symptoms:
Because opiates, including prescription opitates, cause such a physical dependence, the user becomes physically dependent and relies on the drug to prevent symptoms of withdrawal. Over time, the user must use higher doses of the drug in order to achieve the same level of high they experienced previously because the body begins its dependence. 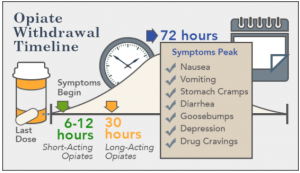 How to cope with opiate withdrawal symptoms:
It is important to first quit the use of opiates for the right reasons, yourself. Do not quit for a family member, friend or loved one. Usually if the user quits for any other reason aside from their own accord, the quitting period does not last.

Quitting the use of opiates can be a difficult process, but it is worth the effort and dealing with the opiate withdrawal symptoms in order to get clean.