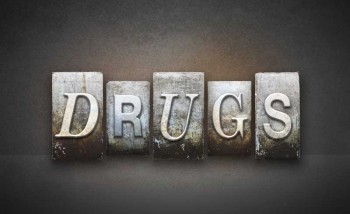 In some countries GHB is used as a sleep aid, and many European countries recognize it as an anesthetic. However, the U.S. Food and Drug Administration outlawed nearly all use of the drug in 1990 for the United States. It is still used to treat a very rare form narcolepsy; this is its only approved use in the U.S. While GHB is used recreationally by some, especially on the rave party scene, it is most commonly known as a date rape drug that helps sedate victims for sexual predation.

GHB also has several analogs, including GBL and BD that act as GHB substitutes. These are just as dangerous as GHB, and affect the body in ways similar to the way GHB affects the body. GHB and its analogs can be produced using the solvents found in paint stripper and some of chemicals found in adhesives and plastics. These can be dangerous, and, of course, one never truly knows what goes into any illicit drug created in a clandestine lab, as almost all GHB in the U.S. is produced. GHB and its analogs are difficult to detect, since they metabolize quickly. If you have been using GHB recreationally, or if you feel that you are a victim of the drug used for date rape, it is important to let medical personnel know as soon as possible so that they can test for any traces of it.

Effects of GHB use 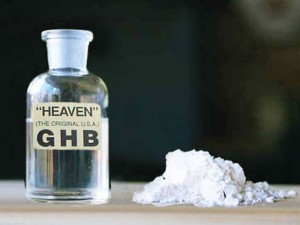 Most GHB comes in the form of a liquid, so it is easy to use in a drink. Additionally, the salty or soapy taste can easily be masked by use in a drink. Those that use it recreationally either put GHB in their drinks or apply the liquid to their tongues. GHB can also be found in powder or tablet form, although these are not as common as the liquid form. Powder and tablet form GHB is usually taken orally, and it is mostly for recreational users on the club and rave scenes. The effects of GHB are relatively quick  –  usually within 15 minutes. The initial effects include euphoria and relaxation, as well as visual disturbances (which is why it is used by some for recreation). However, later effects include drowsiness, dizziness, respiratory problems, amnesia, coma and seizures. Most effects depend on the individual. The possibility for amnesia and the extreme drowsiness and dizziness are what make GHB ideal as a date rape drug.

Long term use of GHB (usually for recreation purposes) include seizure and coma. When combined with other drugs, difficulty breathing can occur, leading possibly to death. Withdrawal symptoms are usually severe for addicted GHB users: tremors, anxiety, sweating and insomnia.

GHB comes by a few street names. These are interchangeable with GHB analogs as well.