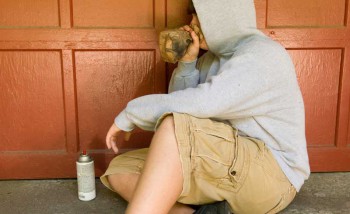 Inhalants are drugs that are especially insidious exactly because they are so easily and legally obtained. An inhalant is basically a chemical compound that produces a vapor that can be inhaled, and that can produce a mind-altering effect. Most inhalants are legal substances bought at the grocery store, such as aerosol hairspray, white-out and markers. Even though they are easily bought and used, inhalant use can have some fairly severe effects. While inhalant use is mostly confined to teenagers, 22.8 million Americans have used inhalants, including adults.

There are four main types of inhalants: volatile solvents, gases, aerosols and nitrites.

Volatile solvents. Inhalants that fall under this category are items that are liquid, but that vaporize (put off a sort of “gas” or “strong smell”) at room temperature. Paint thinners, correction fluid, markers, gasoline and dry-cleaning fluids are all volatile solvent inhalants.

Aerosols. These are sprays that have propellants that push the product out. Spray paint, hairspray, vegetable oil cook sprays, air fresheners and fabric protection sprays are all examples of aerosol inhalants.

Nitrites. These, commonly known as “poppers” or “snappers” are a little harder to get. They include such inhalants as isobutyl nitrite, isoamyl nitrite and cyclohexyl nitrite. 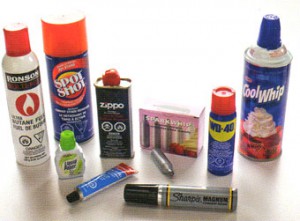 Health effects of inhalant use

There are very real health effects associated with inhalant use. About 9,275 emergency room visits are due to inhalant use every year, but that does not fully allow for a grasp of the problem. The effects of inhalant use tend to add up, as a user becomes addicted. One of the fastest effects is a rapid high that is very similar to the feeling of being drunk: excitation, followed by drowsiness, lightheadedness and agitation. Nearly all inhalants can produce loss of sensation and unconsciousness when enough is inhaled. Continued inhalant use can lead to heart, liver, kidney and lung damage. Depression, disorientation, unhealthy weight loss, irritability and lack of coordination are all effects stemming from prolonged inhalant abuse.

Inhalant use represents a small portion of drug addiction (only 0.1 percent of treatment admissions), but it is nevertheless very real. Inhalant abuse is primarily noted among teenagers and young adults. Here are statistics regarding inhalant use:

There are various names for inhalants on the street. Here are some of them:

The act of using inhalants is designated as gladding or bagging, and an inhalant user is galled a huffer.