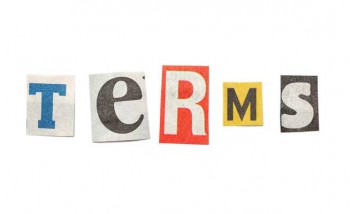 Morphine
Morphine is sometimes referred to as “God’s drug”, many people believe this came from the fact that many doctors called morphine “God’s own medicine” when it as first introduced because they believed a safe and reliable form of opium had been discovered. Some of the street names are more obvious than others, for instance “M”(also used for marijuana) or “mmm” (the sound of the letter M), “morf”, or “morpho” are fairly easy to distinguish. Others include:

Fentanyl
Some of the most common used street names for fentanyl refer to China and the history of opium such as; “china girl”, “china town”, and “china white”. Others include: 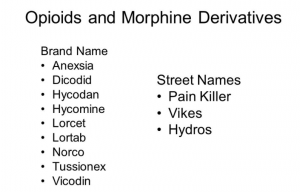 Others are specific to OxyContin (most referencing potency) include:

As noted above, there are many more painkillers that people may be abusing and also many more names that these drugs may be called on the street. The important thing is that if you suspect your loved one may be abusing, or has become addicted, to painkillers that you educate yourself in what to look for, what the drug may be called on the street, what drug treatment programs are available, and how to get help before it is too late. Many people have lost everything they have due to drug addiction including their lives. Many people become addicted to painkillers due to an injury or surgery that required they take them in order to control their pain. Not every drug addict is homeless, poverty stricken, or a junky but every addict needs help in order to break the habit. Help them, help themselves, by getting them into some form of drug rehab today.