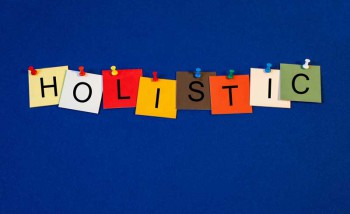 What Is Drug Rehab?
Drug rehab is a shortened form of the term drug rehabilitation.  It’s also called drug addiction treatment or simply rehab. The purpose of drug rehab is to provide treatment for the symptoms of and end dependency on any drug to which a person is physically or psychologically addicted, whether it is alcohol, cocaine, heroin, meth, or prescription drugs such as tranquilizers or sedative or painkillers, such as oxycodone or percocet. Some drug rehab is also equipped to treat comorbid (co-occurring) mental health issues, such as depression.
The first concern of drug rehab is immediate and pressing physical and psychological issues. A patient who is undergoing withdrawal or who is actively suicidal is first treated for those issues. How rehab programs proceed up to that takes several things into account, including the age of the client, the program philosophy, the type of program (residential treatment center, hospital, wilderness program, twelve-step program, outpatient treatment center, etc.), and any coexisting conditions that need to be considered.

What Does Holistic Mean?

Holistic means “concerned with the whole.” Using the term holistic with something marks an implicit assumption that an issue—whatever it may be—cannot be treated separately from the environment in which it occurs: it must be considered in the light of the function of everything to which it is connected.
Not all issues deserve holistic treatment. A spilled glass of water in the kitchen may require mopping the kitchen floor, but has no repercussions for the rest of the house. A termite infestation, on the other hand, may require a more holistic approach to address.  Similarly, a flat tire is an issue that can be separated from the functionality of the whole vehicle.
When a person is involved, there may still be some issues that can be treated as independent (a hangnail, a bruise from bumping into something) and many that can be looked at either independently or holistically. Are split ends something you treat with a split end mender and/or using conditioner and cutting them off or do you address it with lifestyle changes that include choices about:

A holistic approach would look at all the factors in your life that affect your hair and take them all into account. Or you could just cut off the split ends.

Holistic Drug Rehab
In dealing with drug rehabilitation, a holistic approach aims to not only eliminate a person’s dependency on illicit or prescription drugs as a discrete item, but to foster a healthy mental attitude and way of life. A holistic drug rehab program may be billed as such, but any type of treatment program that looks at the whole person—whether it be called a holistic program or a Christian program or a wilderness program—is actually taking a holistic approach. If you are seeking holistic drug rehab, besides looking at the program name, their accreditations and licensing, be sure to look at their mission statement and philosophy.  Even if they don’t have the word holistic in their name, you may find that they actually take a holistic approach to healing.