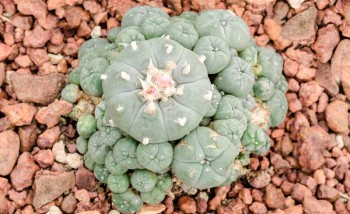 One of the more interesting and controversial hallucinogenic drugs available today is mescaline. Mescaline is a drug that is most associated with the Peyote cactus, found primarily in the southwestern United States and in northern Mexico. Natives in these areas have used Peyote for thousands years as part of their religious rites and ceremonies. Even today, though mescaline/Peyote are illegal in general for use by the public, the Native American Church can still use Peyote in religious rituals. The controversy occurs over whether or not non-natives participating in rituals and services (often as part of retreats) should be allowed to use mescaline as well, even though not actually Native American, or members of the Native American Church. Some argue that it is part of experiencing a totem journey, while others insist that people can watch the ceremony, and even participate, but should not take mescaline unless actual members of the Native American Church.

Effects of mescaline use

Mescaline is most often obtained naturally, although it can be made synthetically. Most people who use it, both recreationally and religiously, obtain mescaline from the Peyote cactus. The crown of the Peyote cactus (the top) features button-like discs. These are cut off and then dried. One can chew the dried buttons directly to get the hallucinogenic effects of mescaline, or it can be soaked in water. When soaked in water (or made as a “tea’), mescaline creates and intoxicating drink that allows for hallucinations. In general, the hallucinogenic effects of mescaline use last for about 12 hours. However, the effects mescaline/Peyote has on the body are different for each person. 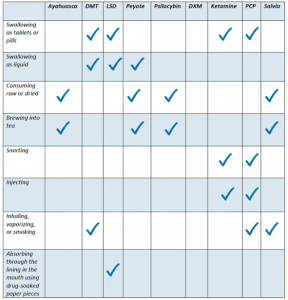 While most people generally enjoy the “trip,” it is also possible to have a “bad trip.” It is impossible to know beforehand what kind of a “trip” it will be. While mescaline can produce feelings of nausea, it is generally acknowledged that the physical effects of using Peyote are few. Mescaline is not considered terribly addictive, as it does not affect users in such a way that they seek the drug. It is not addictive like cocaine, or even alcohol. However, the body does build up a tolerance to mescaline use when it becomes habitual. This means that more Peyote is needed to get the same hallucinogenic effect. This can lead to dangerous overdose, and problems due to the drug’s unpredictability.

One of the more interesting problems that come from mescaline use can be mental illness. This can be induced after just one encounter with Peyote. Because of the strong effects of mescaline on the user’s mental state, a chemically induced mental illness can be result of Peyote use. Or, if the user experiences a “bad trip” while taking Peyote, this can affect his or her mental state. A bad trip can result in severe depression and flashbacks. The reason mescaline is banned for general use is its unpredictability and its strong mind altering effects.

There are only three main street names for mescaline:

While it is not particularly easy to get mescaline for recreational use, it is not exactly hard, either. Especially in areas where the Peyote cactus grows natively.