The 12 Steps to Recovery 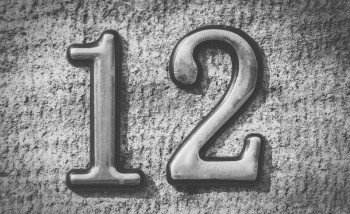 So what is the history behind the 12-step program? A.A. was began in 1935 by two men who believed that they could solve their own drinking problems by helping others with their drinking problems. They believed they had a medical condition (a view not believed by many at the time) that needed extra care and help from others. Alcohol addiction is now thought to be a disease by much of the medical community and is the third biggest killer in the United States. A.A. began in the United States and is headquartered now in New York, however, each group that meets is an autonomous group who work together to help one another.

There are no required fees or membership dues however many times donations are encouraged. It is easy to find an A.A. office, most urban areas have an office you can contact. A.A. endorses total sobriety and strives to keep your membership anonymous as both are what help A.A. to work.

So what are the 12 steps to recovery? The following is taken from the A.A. website:

“THE TWELVE STEPS OF ALCOHOLICS ANONYMOUS

Yet the 12 steps do not stop there. Alcoholics Anonymous programs are found throughout the world in 150 countries with other 2 million members and over 100,000 groups. As an example, the A.A. program in Australia espouses the 12 steps. Also, other programs have espoused the A.A. 12-steps – the Cocaine Anonymous group helps those struggling with cocaine addictions in much the same way A.A. members help each other. So if you or someone you love is struggling with alcohol addiction, contact your local office to see what resources and help is available.

The 12 Steps to Recovery Sources