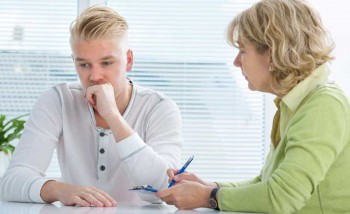 In hearings on “Oxycontin: Its Use and Abuse in August of 2001, before the Committee on Energy and Commerce in the House of Representatives, Representative James C. Greenwood, chairman of the Subcommittee on Oversight and Investigations pointed out that law enforcement officials were discovering that OxyContin® was surpassing heroin and cocaine use in some places. The 2004 National Survey on Drug Use and Health (NSDUH) corroborates the rise in OxyContin® use, reporting that the number of new nonmedical users of Oxycontin® rose from 21,000 in 1995 to 721,000 in 2003, while in 2004, it is estimated that 118,000 people used heroin for the first time. In any case, opioids are at the forefront of the drugs for which withdrawal and overdose require treatment.

Symptoms of withdrawal from opioids including oxycodone – which may occur even in legal long-term use (in which case, the issue is physical dependence, not addiction) – include the following:

The symptoms may resemble a serious case of the flu, and whether a patient who presents in the ER is suffering from withdrawal or in infection must be determined. Withdrawal can begin just hours after the most recent use, and though it is uncomfortable, it is not life-threatening.

When there is an acute overdose, the symptoms may include:

Any of these symptoms, whether they signal an oxycodone overdose or something else, require immediate medical attention.

Other complications of chronic use of opiates, including oxycodone, are infectious. Opiate addicts who use injection are at high risk for HIV infection and AIDS-related pneumonias. They may also suffer from skin abscesses at the point of injection, cellulites, pulmonary edema, and hepatitis, among other things.

In the case of overdose, a different narcotic (called an antagonist) may be administered to reverse effects of the overdosed substance. Treatment for addiction includes pharmacological substitutes that relieve symptoms and reduce cravings, such as methadone, buprenorphine, and levo-alpha-acetyl-methadol (LAAM), which may be given to assist in treatment. Daily doses of methadone both eliminate withdrawal symptoms as well as relieving drug cravings. LAAM alters the effects of opiates for up to three days. These measures counter the euphoria of the addictive drug if the patient tries taking it.

Treatment may be specially tailored if the oxycodone was taken in combination with another substance, such as benzodiazepines, alcohol, cocaine, other narcotics, marijuana, or antidepressants.

During withdrawal, there can be several symptom peaks during withdrawal, at 48 hours and 72 hours, but symptoms generally subside in about 1 week, with heavily dependent users sometimes experiencing milder symptoms for up to 6 months.