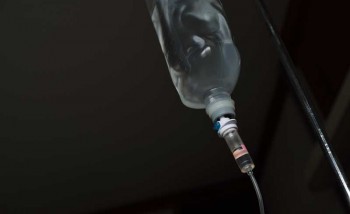 Although many people have heard of morphine, or have even taken it, many still might wonder exactly what is morphine? There are various ways to take the prescription drug including morphine pills, caplets, liquid and a morphine drip. Morphine should always be taken as prescribed by your health care provider. Because morphine is considered to be a prototypical opioid, it can easily become an addictive substance if used incorrectly or excessively.

What is morphine?
Morphine is considered a narcotic pain reliever and is used to treat moderate to severe pain by dulling the pain receptor center in the brain. Morphine sulfate is a white, feathery cubical mass of crystals or white crystalline powder. The drug was first isolated and considered for use in 1804 when the German pharmacist Friedrich Wilhelm Adam Serturner first named it Morpheus. This was after the Greek god of dreams. However, it wasn’t until the hypodermic needle was developed in 1853 that the use of morphine really spread to be used primarily for pain relief and as a cure for opium and alcohol addiction. For those wondering: what is morphine, in addition to its ability to relieve pain, morphine is also able to impair mental and physical performance, relieves fear and anxiety and produces euphoria. These euphoric effects are highly addictive. Because tolerance to the drug occurs quickly, the higher doses can cause the physical and psychological dependence, which may result in addictive behaviors to morphine.

Morphine side effects include: 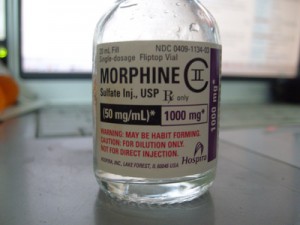 Morphine drip. In some situations where the patient is in and out of consciousness or is unable to take the morphine themselves and needs to be continually given the medication for a high level of pain, a morphine drip is usually given intravenously.

Morphine Tablets. If you are on a dosing schedule, the morphine may be given through a tablet. It is important to not crush, chew or break an extended release tablet. This is meant to release the medicine slowly, breaking the pill may cause too much of the drug to be administered at one time.

Morphine Capsule. If the morphine needs to be taken more quickly capsules are generally prescribed. These can be opened and the powder can be mixed with a liquid to be taken orally if a person has a difficult time taking pills. It is important to take this mixture right away rather than saving it for a later time.

Morphine Liquid. Sometimes morphine can also be taken in liquid form using a special does measuring spoon. It is vital to take the exact amount prescribed. Do not use a regular table spoon. Make sure you use the special dose measuring spoon to take the liquid morphine.

Because morphine is such a highly addictive drug, it is important to take it exactly as prescribed to avoid the risk of prescription drug abuse after you no longer need the medication. However, it is also just as important to not stop using the morphine suddenly before the prescribed time is over. This could result in severe morphine withdrawal and side effects. These withdrawal side effects can include nausea, abdominal pain, fatigue and vomiting. It is imperative to seek emergency medical help right away if you feel you may have overdosed on morphine. An overdose of morphine could be fatal. Some overdose symptoms include extreme drowsiness, pinpoint pupils, weak pulse, shallow or no breathing and fainting. It is important to consult your doctor if you have any other questions about morphine use including why you should not drink alcohol or take certain prescription medications while using morphine.