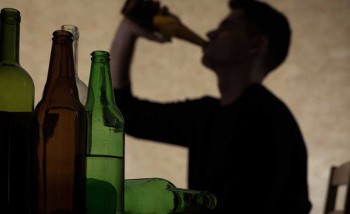 Some anthropologists even argue that beer was staple before bread was. The evidence for this is found in ancient stone beer jugs from the Stone Age, and signs of intentional fermentation dating as early as 10,000 B.C. Indeed, as long as humans have known how to make their own food, they have known how to create drinks using alcohol. And as long as people have been drinking alcohol, there have always been instances of alcohol abuse, although the vast majority of people throughout history have enjoyed alcohol in moderation.

Alcohol use in ancient times

The exact date of the discovery of alcoholic beverages is not known. However, it is thought to have been an accidental discovery, probably involving berries or honey, sometime prior to 10,000 B.C. Since then, the making of alcoholic drinks has been refined and expanded. It is not known when wine arrived on the scene, but by 4,000 B.C. it was present in Egypt. The ancients, from Egypt to China, used alcoholic beverages for social occasions, in religious and secular ceremonies, for medicinal purposes and as an integral part of their meals. And, even though there were instances of alcohol abuse, all of the major writings of the ancient world point to a disdain for excessive alcohol consumption. Indeed, the Egyptians, Babylonians, early Greeks, Chinese and others all condemned behaviors we associated with alcohol abuse. However, during the Roman Empire, times changed.

By the first century B.C., mass drunkenness (once only a rare occurrence at special festivals) was becoming regular. Prior to the time of Julius Caesar, temperance was not singled out as a virtue. Rather, comment was made upon alcohol abuse. However, alcohol abuse was so rampant just prior to the current era that temperance became a virtue that people were singled out as having. The spread of Christianity throughout the Middle Ages, however, renewed the use of alcohol consumption for religious purposes and stressed moderation.

Alcohol use in modern times 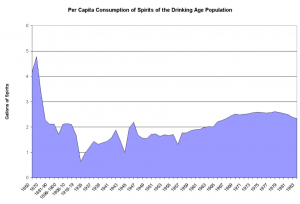 Sometime during the 13th Century, the process of distillation was discovered, making alcoholic drinks stronger. This also increased their medicinal properties. During the Black Plague, which began about the middle of the 14th Century and continued sporadically over the next two centuries. Many people engaged in behaviors considered alcohol abuse today, believing it would protect them from falling victim to the horrible malady. After the Renaissance and the Reformation, alcohol was still considered a gift from God to be used in moderation, and drunkenness a sin. However, by the 16th and 17th Centuries, spirits were growing in popularity, and more people were drinking more alcohol again (though not at the level of the Roman Empire). The urbanization of society during the late 17th Century and early 18th Century contributed to alcohol abuse: more and more poor living in urban environments seeking to drown their troubles in a society where there was not much stigma attached to drunkenness anymore. Alcohol abuse increased until the mid-19th Century brought with it the Industrial Revolution and the need for a reliable, punctual workforce. Attitudes began changing, encouraging moderation again, and by the early 20th Century, attempts to prohibit alcohol consumption altogether culminated in the ineffective Prohibition period in American history (a law which was repealed later).

Currently, moderate alcohol use is seen as acceptable. However, partying, and the drunkenness associated with it, is also accepted in society. But, alcohol abuse and dependency are both recognized as diseases for which treatment is needed. The current state of things certainly reflects the long and sometimes tumultuous relationship humans have had with alcohol.