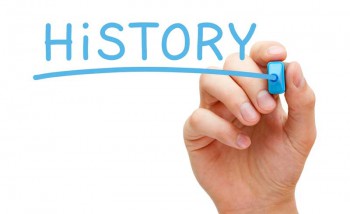 The History Of Cocaine

The Coca Shrub containing the alkaloid cocaine dates back millions of years. Historically the coca leaf was used as a mild stimulant; the leaf was chewed or chopped and kept on the gums creating a stimulatory effect similar to several cups of espresso. The Incas in Peru used the coca leaf in every part of their lives, using the juice of the leaf much as Americans use Coffee today. The stimulant Cocaine comes from the coca bush containing the alkaloid cocaine. The coca bush grows mainly on the slopes of the Andes Mountains in South America. However, there are a few bushes growing in the Amazon Jungle and on the island of Java in Indonesia. Though the growing area is relatively small, South America cultivates 97% of the world’s crop, while North America consumes 70%.

In 1861, Albert Nieman, a graduate student in Gottingen Germany isolated cocaine from the other chemicals in the coca leaf producing a chemical that is 200 times more powerful that drug produced an intense rush followed by ecstatic feelings and a powerful physical stimulation when injected, smoked snorted, absorbed through the gums, or drunk. However, It was not until twenty years later that the stage for widespread abuse of the drug manifested. Two factors played a roll in promoting the use of cocaine.

These optimistic attitudes concerning cocaine were made early on in the experimental stages. Later, when the drug became more widely available, the true nature and liabilities became obvious.

The process of refining cocaine from the coca bush takes four to five steps:

Cocaine on the Street

Cocaine on the street is rarely pure. Most often, the street dealer will add in adulterants to lower the purity of the drug from 80-90% pure to around 60% pure. Usually, this is to pay for their habit and/or make a few extra dollars. These additives can include:

When the adultered drug is used intravenously, the additives are also placed into the bloodstream along with bacteria and viruses. Therefore, thehepatitis C infection rate for IV drug users is 50% to 90%. In addition, the use of cocaine also increases the risk of various other conditions especially AIDS because it increases viral infections and lowers CD4 counts.