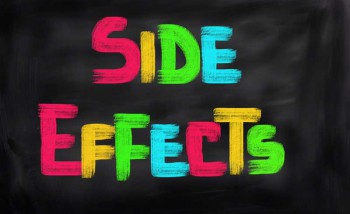 Although LSD was developed for legitimate use in 1938, since it was made a Schedule 1 drug, there is no legitimate use for it in the U.S. Reports indicate that LSD, like other hallucinogens, is used experimentally, rather than regularly, often only once or a few times per year.

LSD is known to have the potential for bad trips and to be capable of creating flashback episodes in some users, even without repeated use. Flashbacks are more likely when the person is under stress.

LSD is found in a number of forms: tablets, capsules, liquid, gelatin shapes, on sugar cubes, or placed on absorbent paper. It is often abused in the context of nightclubs, raves, and concerts.

Information from the 2004 National Survey on Drug Use and Health (NSDUH) and the Monitoring the Future Survey from 2005 provide the following information.

Percentage of Students Who Had Tried LSD at Least Once
The downward trend in lifetime use can be seen individually in 10th grade users, 8th and 10th grade users, 12th grade users, and 18-25-year-old users.
LSD First Time Users
A marked dropoff in first time users occurred beween 2002 and 2003, with 40% less lifetime use reported in 2003, but there was also an increase again in 2004. Overall, there seem to be short-term downward trends in LSD use, which would have to be followed longer in order to make more definitive statements.
Effects
LSDs results are somewhat unpredictable. Desired results include:

The hallucinations caused by LSD are notable for the length of time they last – up to 10 – 12 hours. LSD is not addictive, but it does create tolerance, so that higher doses are needed to create the effects initially achieved with less. Since higher dosages increase the unpredictability of the effects and the likelihood of bad effects, this characteristic is extremely dangerous. Most users eventually minimize its use or cease to use it by choice.