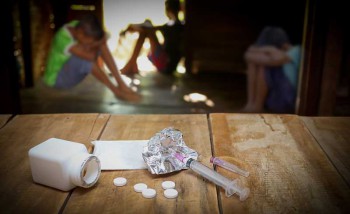 Warning signs of Opiate Use

The warning signs of opioid abuse include the following:

Another sign of use can be the use of any of a large number of street names for opioids. There are a great many of these, as they are specific to the specific drug.

What are Opiates called?

Picking up on the street names may provide a clue to the drug being abused. Since there are different names for each drug, it requires a broad knowledge. Here are some for three of the most used opioids. 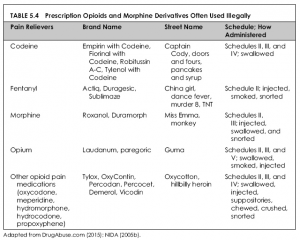 The main street names are directly related to the name of the substance:

A set of these appear to be a reference to the origins of much of the world’s opium through history•China:

Heroin addiction, which has been widespread since 1903, has provided possibly the greatest number of opioid street names, including ancillary words to describe users, sellers, quality, amounts, methods of administration, and withdrawal:
Withdrawal

There are a number of names connected to the name heroin, whether simply by connection to the letter h, or using part of the word:

Other names are related to the place of origin:

And still others to the color:

There are many more.

Street names for the formerly popular low-dosage immediate release form of hydromorphone marketed as Dilaudid® include the following:

Someone who tricks physicians into prescribing Dilaudid® by pretending to experience severe pain is a “Dilaudid® cowboy.”

Sold as Demerol®, this drug is know as “peth.”

One street term for morphine is “God’s drug,” which may come from physicians who, when morphine was discovered by Friedrich Sertuerner of Germany in 1803, tagged it “God’s own medicine,” believing that a safe and reliable form opium had been attained. Several are obvious abbreviations, including a reference to “M” or the sound of the word:

Some come from the appearance in a cube:

OxyContin® is only one form of Oxycodone, but many of the street terms appear to be used interchangeably, including these:

Many of these are obvious adaptations of the name.

Others are specific to OxyContin®:

And some are specific to Percodan®:

Usually abused in combination with PBZ (pyribenzamine) • which has names of its own, by itself, pentazocine which is marketed as Talwin® is nicknamed “tall.”

This is not a full listing, but it provides some idea of the variety of alternative terms there are for these substances.