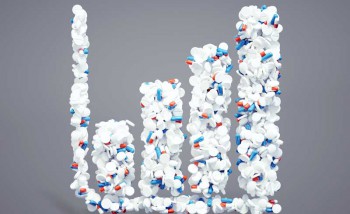 Drug abuse does not usually call to mind a legal over the counter (OTC) medication like aspirin. Nevertheless, aspirin is abused. There are several different kinds of aspirin abuse:

According to the American Association of Poison Control Centers, in 1998, there were 14,253 toxic cases involving aspirin not in combination with other drugs. Of these, 5363 occurred in children between the ages of 6 and 19. Out of the total number of cases, there were 33 deaths.

A variety of effects can result from aspirin toxicity.

Like aspirin, acetaminophen can be abused in formulations by itself, or in combinations with other substances. Acetaminophen not only enjoys the widest use of any analgesic agent in the U.S., but it is contained in more than 100 products, including a number in which it is combined with an opioid. The Association of Poison Control centers reports that acetaminophen is one of the substances most often used in attempted suicides by overdose, and it is one of the pharmaceuticals most often involved in poisoning, whether intentional or accidental.

The first signs of acute acetaminophen poisoning include

and the gastrointestinal discomfort generally grows over time. In July of 2006 it was reported in the Journal of the American Medical Association (JAMA) that even the recommended dose of acetaminophen could lead to liver damage.

There are more than 20 different NSAIDs, and more than 30 billion doses are consumed annually in the U.S. For just ibuprofen, there were 71,000 toxic exposures in 2004, according to the report of the American Association of Poison Control Centers. NSAID overdoses are most commonly seen in attempted suicide, but this choice is found more with adults than aspirin. There are also cases of chronic NSAID poisoning. Given the number of different NSAIDs, the symptoms of overdose may be various. Some possibilities include: 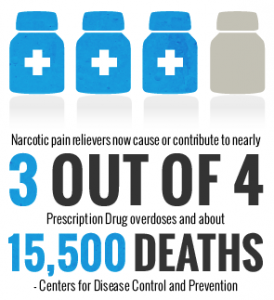 In the 1990s, the abuse of opioid painkillers was lower than other drugs. U.S. Poison Control Centers reported 36,848 toxic exposures in 1998, with 1227 of those being “major” and 161 resulting in death. This picture has changed, however. The 2004 National Survey on Drug Use and Health revealed that 3,000,000 people over the age of 11 had tried OxyContin • just one of the opioid painkillers – for a nonmedical purpose. The 2006 Monitoring the Future Study revealed these figures for 2005 use in teens and for hydrocodone, marketed as Vicodin® as well:

The effects of opioid use are different than for the other painkillers mentioned here. First, they have a risk of addiction, which is why they are “scheduled” drugs. Second, they are abused both in overdoses when prescribed and used outside of prescriptions to get high, often accompanied with alcohol

How are Painkillers Used, Stats, and Effects Sources