Since this area differs significantly depending on which group of painkillers one is discussing, they will be handled separately.

For aspirin, acetaminophen, and nonsteroidal anti-inflammatory drugs (NSAIDs), the term withdrawal does not have the same meaning as for drugs that are habit-forming or addictive. In most cases, the person who stops abusing these substances will simply have to deal with whatever pain – physical or emotional – they were being used to address, and the possible damage to the body, if any, caused by the abuse.

This could be stomach bleeding, ulcers, or analgesic nephropathy – toxic injury to the kidneys that can be caused by chronic use of aspirin, acetaminophen, or NSAIDs. Needed treatments may include:

It was reported in June of 2006 that NSAIDs can increase the risk of a heart attack • even when used as directed, and any cardiovascular damage caused by abuse would also need to be addressed. 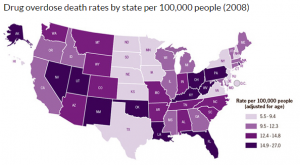 Symptoms of withdrawal from opioids • which may occur even in legal long-term use (in which case, the issue is physical dependence, not addiction) • include the following:

A different narcotic (called an antagonist) may be administered to reverse effects of the overdosed substance.

Treatment may be specially tailored if the opioid was taken in combination with another substance (such as Vicodin®, which contains acetaminophen as well as hydrocodone).

Treatments for addiction include pharmacological substitutes that relieve symptoms and reduce cravings, such as methadone and buprenorphine; and opioid blockers, such as naltrexone, which help to prevent relapse.