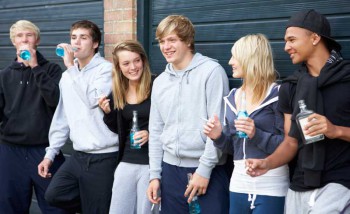 Alcohol, when taken in moderation, rarely poses damage to the human body. Indeed, doctors often praise the health benefits of a small glass of red wine each day. However, alcohol is an addictive substance, and one whose effects can be desirable for some people. The initial feeling of euphoria and other emotions when drunk can be pleasant. And many people find that alcohol helps them numb their feelings or forget problems. When this type of alcohol use becomes more and more prevalent, and when people engage in dangerous or reckless behaviors while under the influence, however, unpleasant things can happen. Alcohol dependence causes long-term health problems, and irresponsible behavior while under the influence of alcohol, even in a person who is not alcohol dependent, can result in devastating tragedy.

Effects of alcohol on normal functioning

Even when one does not have an alcohol dependency, it is important to understand that alcohol alters perception as well as impairs motor skills and judgment. Many women are raped when drunk because they are confused and not fully aware of what is happening. 41 percent of fatal car crashes involve alcohol. While the initial euphoria felt during excessive alcohol consumption can be thrilling, it is important to realize that one may do and say uncharacteristic things, as well as possibly cause harm to him or herself or others. Additionally, using alcohol can increase one’s risk of traumatic injury during falls, sports, accidents and fires. 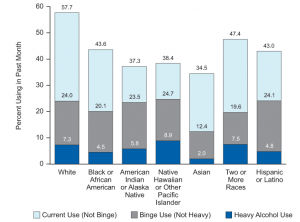 Health effects of long term alcohol use and dependency

The long term health effects of alcohol abuse include:

Alcohol use and women

Even though women are less likely to abuse alcohol than men, they actually feel the effects of alcohol abuse or dependency more strongly. Damage to the body’s organs is manifest earlier in alcohol dependent women than in alcohol dependent men. Additionally, the progression of alcoholism is faster in women than in men. Pregnant women can find that fetal development is stunted. Additionally, women who drink alcohol while pregnant are at a higher risk for spontaneous abortion (miscarriage). For non-pregnant women, alcohol abuse can affect the reproductive system, causing infertility.

The consequences of alcohol abuse and dependency are quite serious. They effect families and friends, and even strangers. Even irresponsible behavior while under the influence of alcohol can have devastating consequences for people who are not dependent. And, with the health effects, mental health problems and other consequences, economic costs related to alcohol abuse are about $185 billion each year. 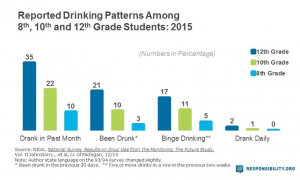 Underage drinking is a growing problem for today’s teens. In 2006 the National Institutes of Health reported that 5,000 people under the age of 21 die each year because of underage drinking. This includes motor vehicle accidents, homicides and suicides.

In 2007 a Youth Risk Behavior Study showed that high school students (in the past 30 days):

According to the Center for Disease Control some of the consequences of teen alcohol abuse are:

Teens that start drinking before the age of 15 are 5 times more likely to have an ongoing addiction for their whole life. And those that do drink in their teen years are more likely to binge drink.

The Surgeon General as well as the Institute of Medicine have outlined many ways that communities, schools and families can help prevent and discourage underage drinking. These include campaigns to educate teens on the risks, taxes on alcohol, and more.